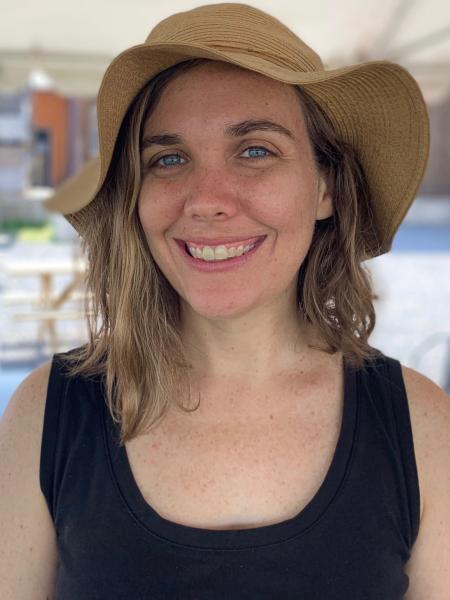 Join us for a musical storytime with Jessie Shaffer! For kids 0+ and their caregivers.

Jessie Shaffer officially got her start in music playing classical violin as a child, but way before that was singing and picking out melodies by ear with her mom at home. She used to spend hours alone, listening to her Fisher-Price record player, while her mom got SO MUCH DONE around the house. Now as a mom herself, Jessie is constantly delighting in the joy of sharing music with her daughter, and with the children of other parents. She has also practiced yoga for the past two decades and earned a master's degree in art history from Brooklyn College that allows her to teach college students in addition to toddlers. Over the years, Jessie has honed her improvisation and songwriting skills, and picked up the banjo as her main instrument for singalongs. Recently, some of Jessie's music for grown-ups was featured in the 2019 off-Broadway play Reborning, by Zayd Dohrn. Since 2015, Jessie has co-led singalongs and taught music classes with the Brooklyn-based children's music group, The Sparrow Sisters. A recent transplant to Beacon, Jessie has been blown away its ultra-creative and welcoming community, as she finds her path here in the Hudson Valley.